You are here: Home / Archives for Road Trips

Are there affirmable days or places in our deteriorating world? Are there scenes in life, right now, for which we might conceivably be thankful? Is there a basis for joy or serenity, even if felt only occasionally? Are there grounds now and then for an unironic smile?

In October I found myself in the middle of an ocean of grass almost swallowed by basalt. I looked up at the black palisade of stone stacked against sky, a magpie’s wing shadowing the trail ahead, and asked out loud: “Is this a photograph? Should I follow this impulse? Landscape photography isn’t what I really do…..”

There was long pause as my walking companion vanished around a bend. The field caught the slant of afternoon sun like knife blades, each edge of grass etched against stone. The moment seemed to command me to see and record in a way I was not accustomed to – not with the collage artist’s eye for disassemblage, but as a witness to the exact 1/60th of a second in front of me. I raised my camera and started shooting, unsure of why, but thinking maybe I’d figure it out before the sun set.

Although I have been obsessed with cameras and photography for much of my life, I have never considered myself a traditional “photographer.” Rather, I have seen the camera as way to inquire and to be present in place. The images made have always been secondary to the experience that looking through a lens affords. The technology of f-stops and aperture and ASA, the confounding dials with microscopic lines between here and my destination, and the chance, in analog days, of a precious 36 exposures tripping on a sprocket, all seemed to require a full time German in residence, and I am much more Irish. I have always been immune to systems, and I suffer from profound dyslexia when it comes to math. Someone asked me recently if this new series of landscape photographs was made using the “zone system” and I had to check my voluminous and completely disorganized notes – oh yes, that.  My process is intuitive, and overlays multiple systems based on the aesthetics of printmaking and drawing.­

In making photographic prints I am looking for luminance and iconic form, and a sense in the body of being there. Are there ten shades of gray from white to black – who cares? Does it feel and look like memory and the way the air moved? Can I smell the smoke in the air, or the sage, or hear the sound basalt makes as it cools down between late afternoon and evening?

END_OF_DOCUMENT_TOKEN_TO_BE_REPLACED

I have been away for awhile roaming the landscape of the Skagit to create a new series for an upcoming solo show at Perry and Carlson in March. The new work, which I am calling “Industrial Pastorale,” is a very personal evolution of imagery that explores the liminal edge between rural and urban landscape. END_OF_DOCUMENT_TOKEN_TO_BE_REPLACED

Let’s say you kick back for the 4th and check your social media and once again all your friends are posting vineyard photos of the South of France and the rest of them are gloating about having immigrated to Canada. You could be consumed with a terrible envy, or you could do what we did and make a tiny trip up the road and around the Sound and come back sated with beauty right here in the Pacific Northwest. Instead of waiting three hours in a ferry line we started the weekend art tour by skipping up the road to LaConner by way of Conway. The plain, thrilling ungentrified beauty of the Skagit reminded me there is life outside of Crane City and brooding about the hyperventilated cost of a 175 square foot room with a bed. Did I mention those trees in the photo above are French?

Also, there are cats. END_OF_DOCUMENT_TOKEN_TO_BE_REPLACED

I am very excited to be in a show with my printmaking salon opening this May 7th. As one of the salons originally started by Seattle Print Arts we have been meeting for well over a decade to critique and inspire each others’ work. We include in our ranks a psychologist, architect, calligrapher, graphic designer, massage therapist and scientist, and the depth of professional experience in this wide range of disciplines informs the discussion. We also have backgrounds in diverse forms of art making. Our name, Painters Under Pressure, alludes to the explosive possibilities when paint is put under duress and standard methods are subjected to unexpected intervention. In this show at the Virginia Inn you will see mixed media, monoprint, potato print, linocut, painting, and digitally composed work.

Here is one of my pieces in the show, hot from the image laboratory. I composed this while thinking of the idea of the “glimpse” and how in a very short moment both Arcadia and Industry may fade into the rearview mirror of our cyber-kinetic present.

To see the event posting and share with your friends through Facebook please visit Makers’ Marks:Painters Under Pressure at Virginia Inn. The Virginia Inn, at 1937 First Avenue, is a wonderful bar and restaurant on the edge of the Pike Place Market, a great place to start or end the First Thursday Artwalk. We hope to see you there from 5 to 8PM –– come test out our signature drink, custom mixed for the show. Name this cocktail, please, we can’t decide! Press & Brayer, Pressure Valve, Bourbon Roller Flats, Amber Muse, Painters’ Proof ––? 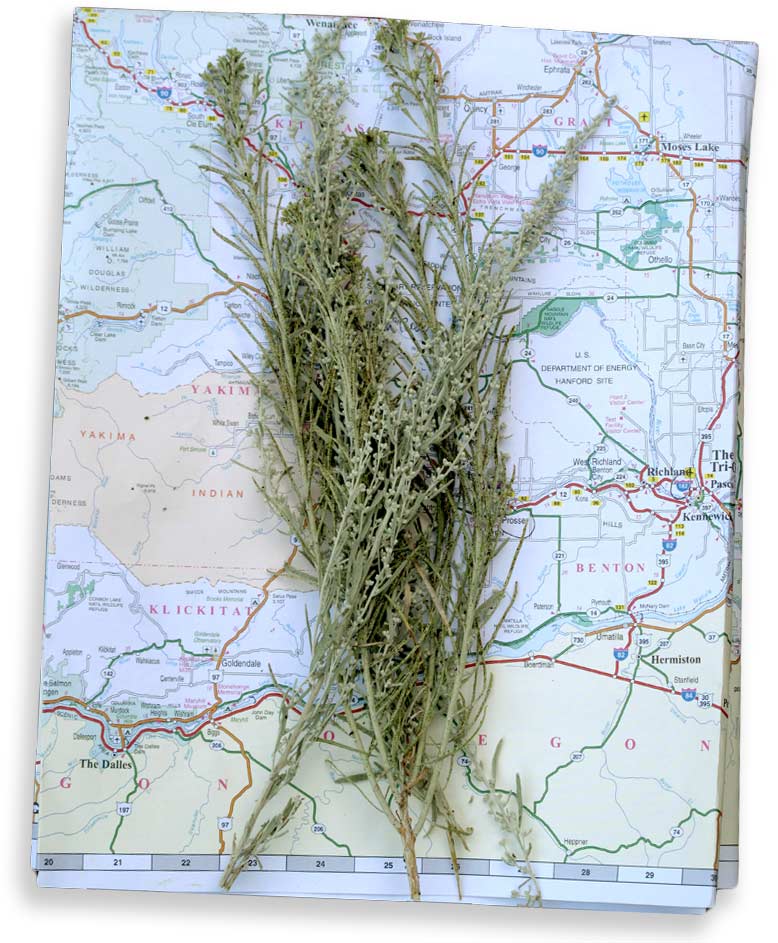 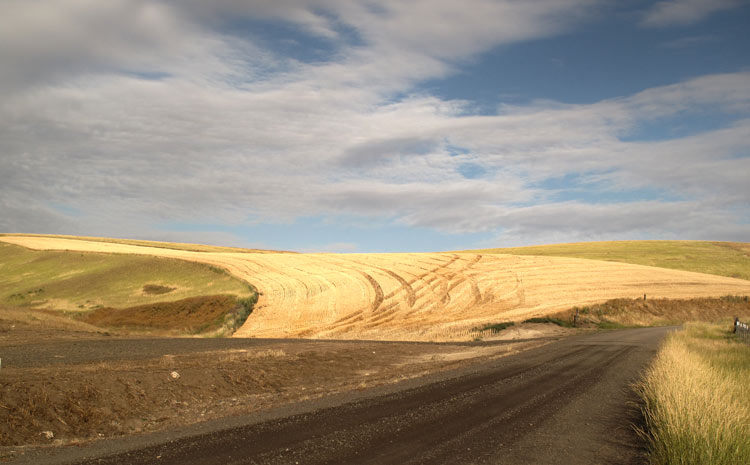 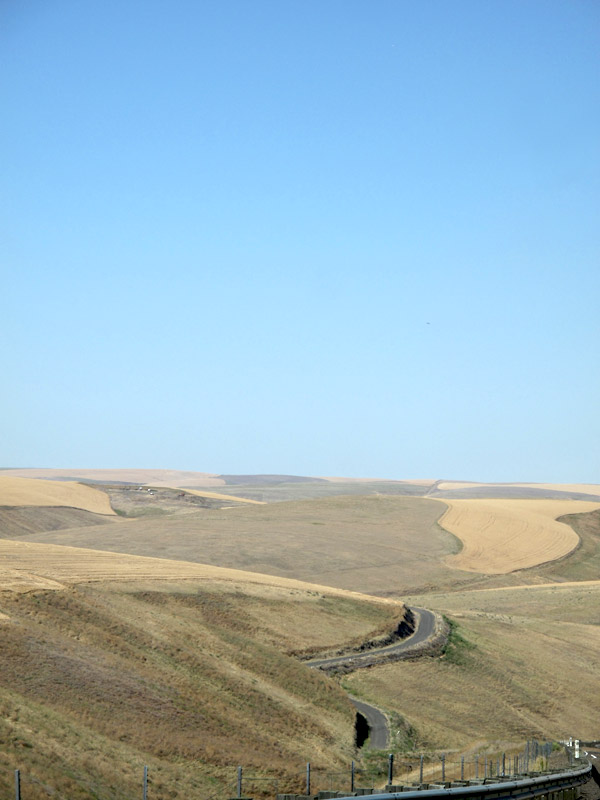 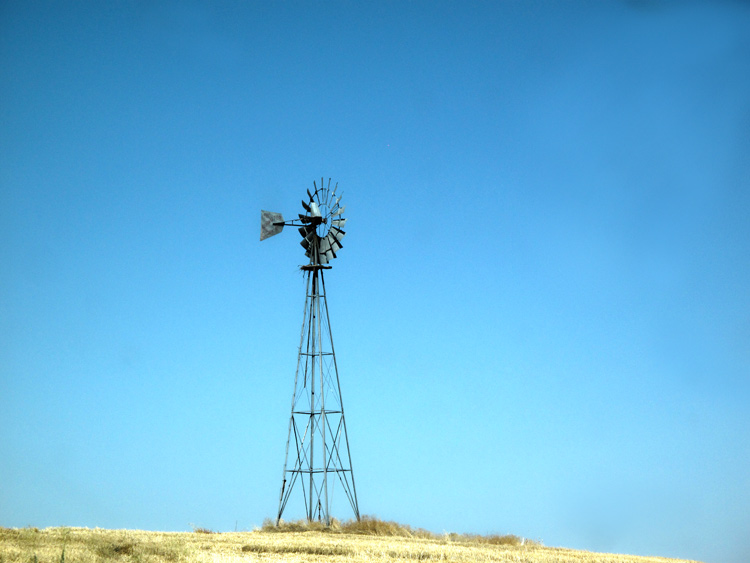 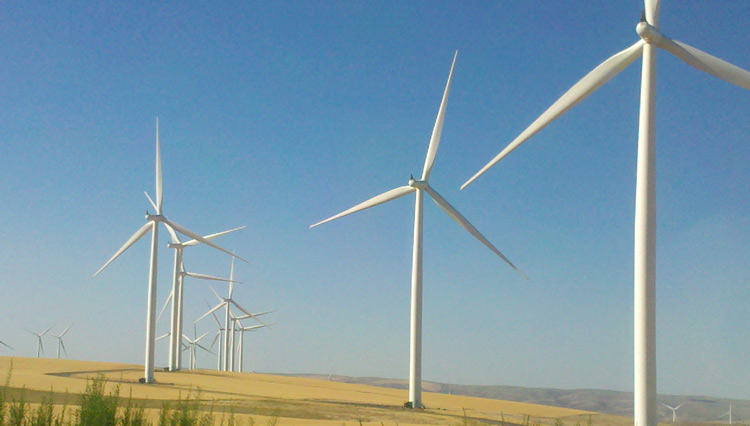 Each windmill earns a farmer $10 thousand dollars a year. Each windmill powers 350 houses. Put that up against an idea,– a relic of an idea — of “landscape” or “natural beauty.” You’ll lose. And so we go farther east, to where the migration hasn’t taken hold, practicality and beauty are in harmony, and the highest best use of land is wheat and peas and these are just coincidentally lovely. END_OF_DOCUMENT_TOKEN_TO_BE_REPLACED