Ok, ok, I know Burien has been fighting for this title, (and in fact it may not even be relevant, since I am told by some that China, the entire nation, is the new Williamsburg, and who cares about Brooklyn anyway, aren’t we over the USA??), but I would like to take this opportunity to point out that Bremerton has pretty much everything you need in a burgeoning arts community, and much to make its preening big sister to the east jealous.

This is a town where you can still find an affordable home, median price $199K. It’s a place where nature rules, and with considerable drama: In 2010 two bald eagles fighting over a fish knocked out power on Pleasant Avenue, electrocuting one bird in the process. It’s a place where you can spend the night at an upscale bed and breakfast or opt for a romantic and educational sleepover on an actual Navy destroyer from the Vietnam War. You can also see bits of submarines embedded in one of the fabulous waterfront parks, which features fountains that, through a feat of sculptural alchemy, become salmon swimming upstream. You can join the United States Marines and defend our nation in that honorable fashion, or get yourself a studio and make a whole lotta art and defend your aesthetic at the CVG  Show, a rare state-wide juried competition with serious prize money at stake, hosted by Bremerton’s Collective Visions Gallery.

Yes, this is not just a travelogue, but an invitation to visit the CVG Show, which opens January 29th, and which I am honored to be part of. Friends Paula Gill, Jennifer Carrasco and Laura Brodax will also be represented, with pieces that are not to be missed. Kathleen Moles, curator at the LaConner Museum of Northwest Art selected 137 works from nearly 800 submitted. There will be many community events in conjunction with the exhibit. Details can be found at Collective Visions Gallery.

Glen Davis, photographer, graciously granted permission to use his portraits of the Bremerton waterfront. It truly is a marvel, and well worth the trip, even if you don’t make it to the show. 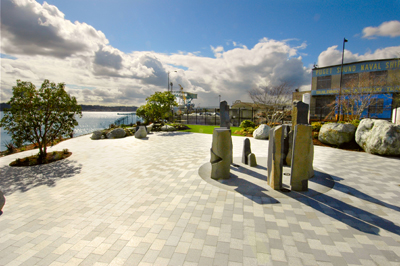 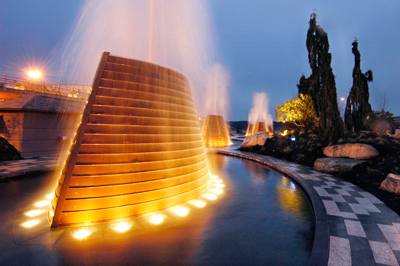