You are here: Home / Archives for artist garden

The Cosmos is your basic “how to draw a flower-flower” with an upgrade. It has the round dot in the middle and the cheerfully radiating petals, but it has a subversive magic. Left to its own devices in a parking strip the stalks will grow five or six feet tall, their feathery leaves creating a diffuse haze that looks like smoke. The shade of pink transcends all others except perhaps the pink of sunset: it’s the good pink. I made this drawing the other day after studying the first one to bloom in my April garden. It’s good to see a bee show up and follow directions. Something is working in this world. 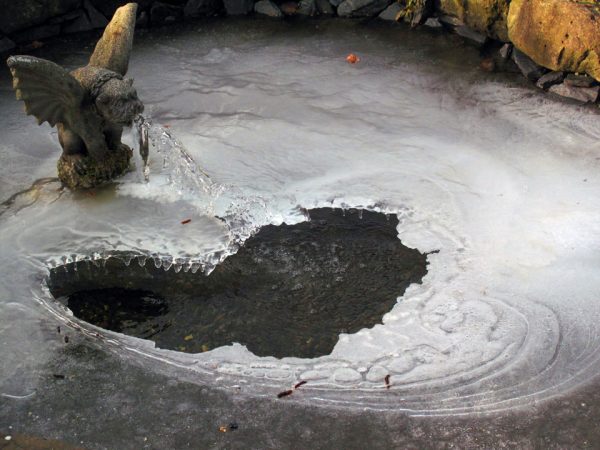 How are you supposed to concentrate on work when you have a gargoyle carving an ice sculpture in your front yard? When the freeze began a few days ago it looked like this shape might turn into an apple, but now there is no doubt: it’s a heart, with teeth. Every bird in the neighborhood has come to visit and stand on his head. The morning brought a Steller’s jay and a very large crow. Hysterical to watch a normally dignified crow trying to gain purchase on the gargoyle’s icy lips, slipping and slipping again, looking up to see if anyone had noticed, and finally bending in a sly yoga pose to get a sip of water. To see more images from this sequence go to On Frozen Pond at Facebook. 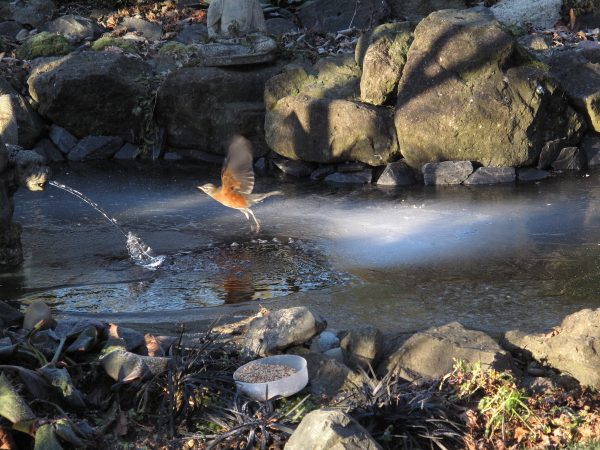 I thought the privets were all dead. Completely. It wasn’t the long snows of December, but the cold followed by the slight warming followed by two more snows into mid April that seemed to push a normally even tempered species over the edge. As with romance, it is not the lover who leaves quickly and without ceremony who does the greatest damage but the one who says yes no maybe but then again hmmm who can leave you exhausted and unable to resurrect your heart.

I had planned grudgingly to replace them all.  (The privets, that is.) So I was stunned yesterday to find the gray and scabrous branches draped in filigree, hugged by dozens of amorous new leaves. It seemed no less a miracle than if the gray planked fence itself came to life. I could feel a Girl Scout lecture coming, something about fortitude, resolve, endurance. And it was all true. Adversity does breed character, or at least a lot more leaves and a stronger root system. April’s gray snows have been replaced with a carpet of jade and the exultant swords of dandelions. The malingering dogwood rudely transplanted five years ago has pink castanets among its leaves for the first time. The windmill palms which I thought would break under ice now wear long chains of golden seeds, and the vines I planted at their roots have leapt six feet and bloomed large and purple.

Why not be patient? And be surprised? The delphinium took four months last year to grow one foot, and then bloomed twice, once in November. I can humble myself to lessons from the dirt. Unlike Democritus of Abdera, who in 1621 put out his own eyes “the better to see” I am not overwhelmed either by the Anatomy of Melancholy or the relentless optimism of flowers. There is so much food here. Even as I feast my eyes the ants feast on the peony buds, and the bees drink from the geranium. One layer of impressions layers over the next, dappled light and hot light and slanted mornings and afternoons and I know there is something gathering. 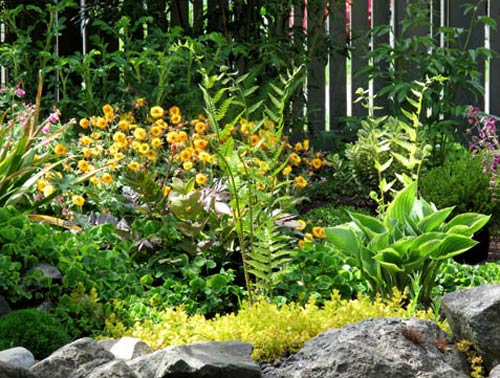 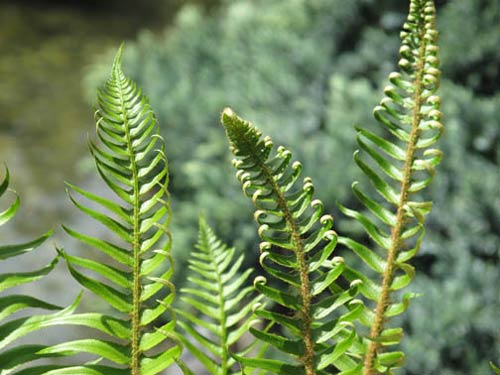