You are here: Home / Archives for This American Life

A recent piece in Rolling Stone by Matt Taibbi has been on my mind. It is a long and exhaustive political analysis that has caused quite a stir. I won’t go into the partisan issues here. What struck me most was this, which pertains to all factions:

“…..Americans like their politicians to sound like they’re from somewhere, to be human symbols of our love affair with small towns, the girl next door, the little pink houses of Mellencamp myth. Most of those mythical American towns grew up around factories – think chocolate bars from Hershey, baseball bats from Louisville, cereals from Battle Creek. Deep down, what scares voters in both parties the most is the thought that these unique and vital places are vanishing or eroding – overrun by immigrants or the forces of globalism or both, with giant Walmarts descending like spaceships to replace the corner grocer, the family barber and the local hardware store, and 1,000 cable channels replacing the school dance and the gossip at the local diner.”

Being from somewhere. Having a sense of place. As Taibbi frames this the idea of place becomes not just personal, but political. It is much larger than an individual’s nostalgia, more than a sentimentalist’s hymn to a bygone time or a weakness of the populace to be exploited by speech-writers. And art about place takes on a different significance. The day after I read the article I went down to a remaining outpost of the merchant village, a physical “shop” in a “place” where you can buy a camera from a person who will show you how to use it. The block on which Glazer’s sits is in a part of the city undergoing massive, drastic deconstruction and construction. The days of remembering what was here are gone; history has been almost completely erased. On this visit to Westlake I tumbled into the present. 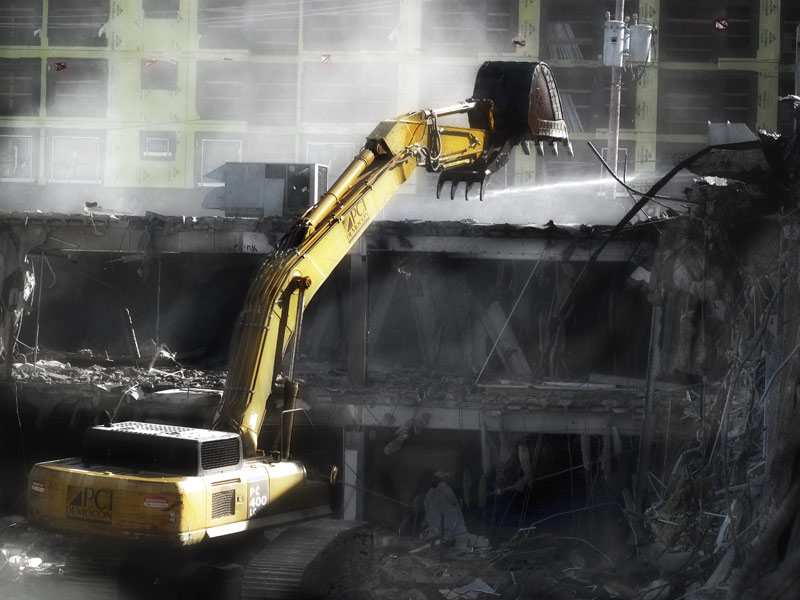 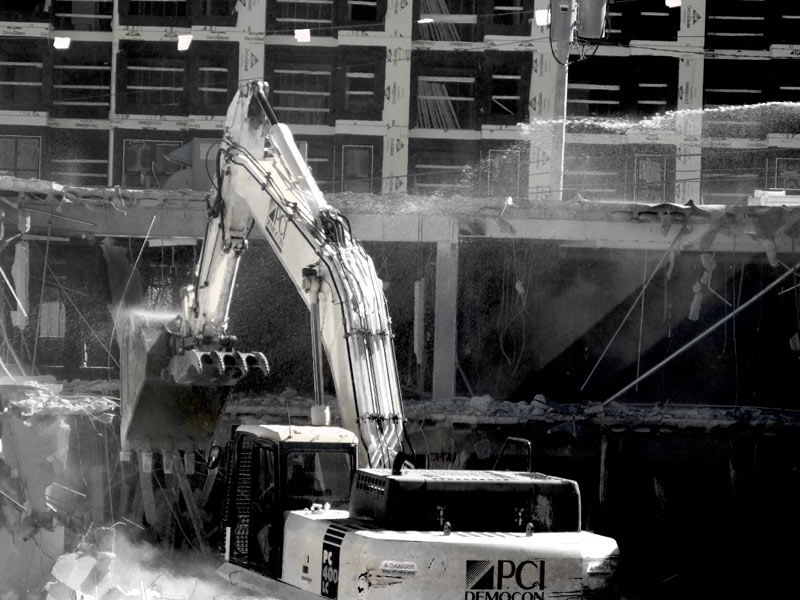 As I leaned over the pit water from the hoses drifted over the chain link fence and onto my arms. The air smelled of wet concrete and the first rains of autumn. Between the roar of traffic on one side and the grinding of machinery below I felt caught in a kind of still white noise in which all movement seemed precise and graceful as butoh. One man drove the excavator and one hosed from above, and it appeared that it takes only two men and one machine to dismantle what was an entire office building. I can’t weep for gargoyles or terracotta fleur de lis or bricks from the Great Seattle Fire. I have no feeling for this building. I have no idea what it looked like when it was a living breathing organism where some version of organized commerce took place beneath the now tangled guts of overhead lighting and heating ducts. 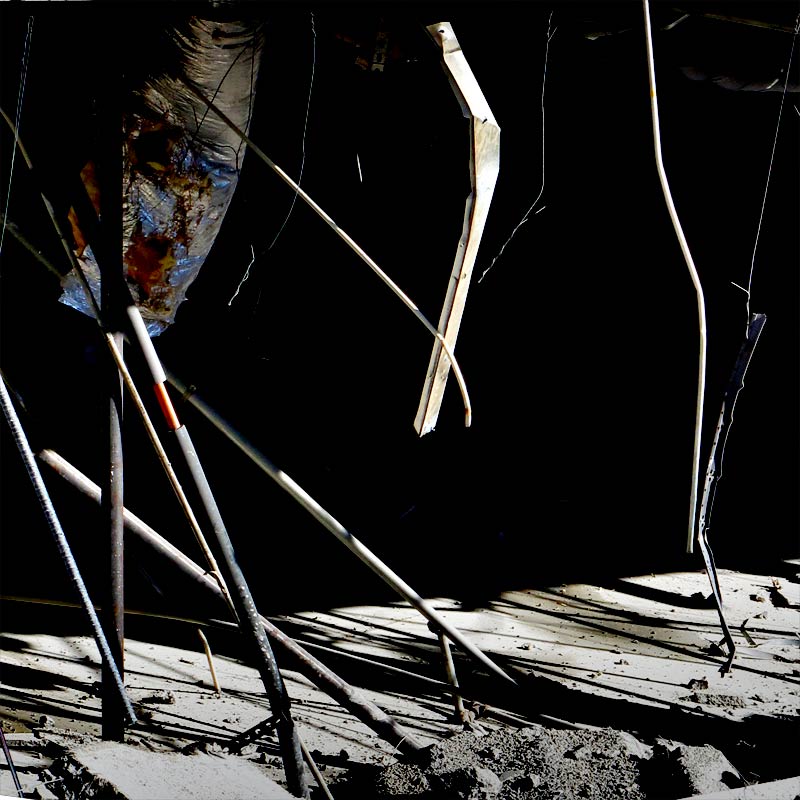 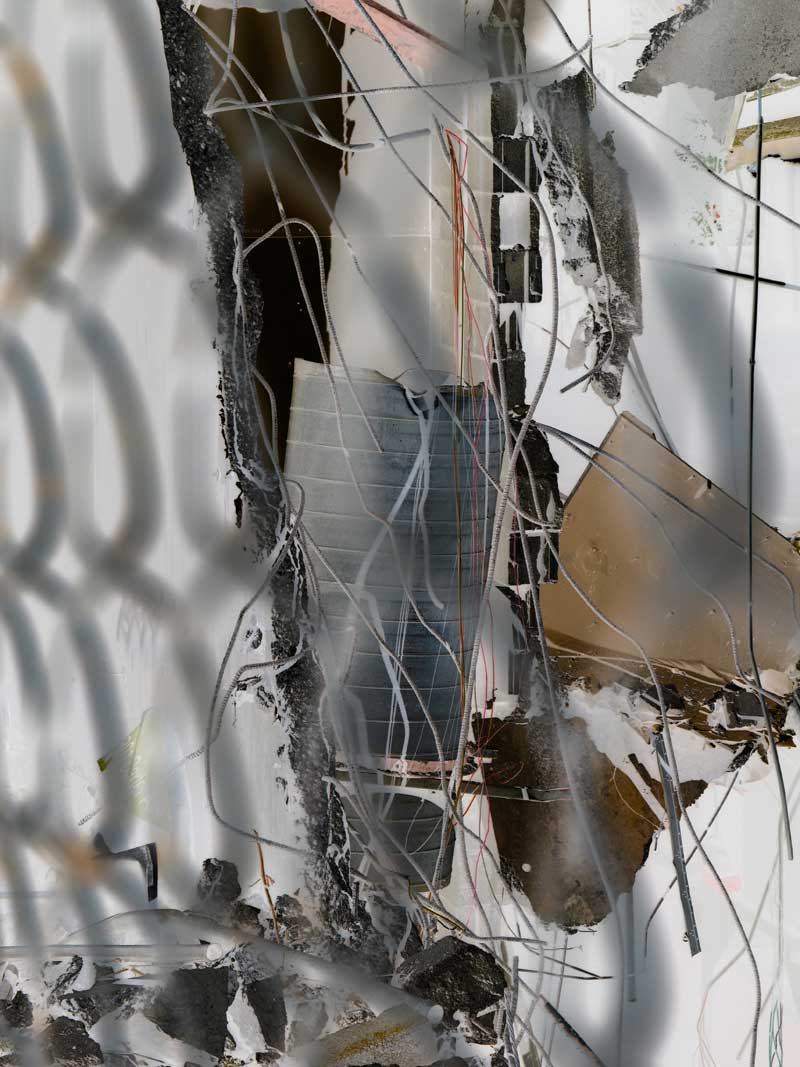 On the other side of the street, from a building close to completion, I could hear the shouts of men operating a crane, hoisting huge stacks of wallboard to the twelfth floor. 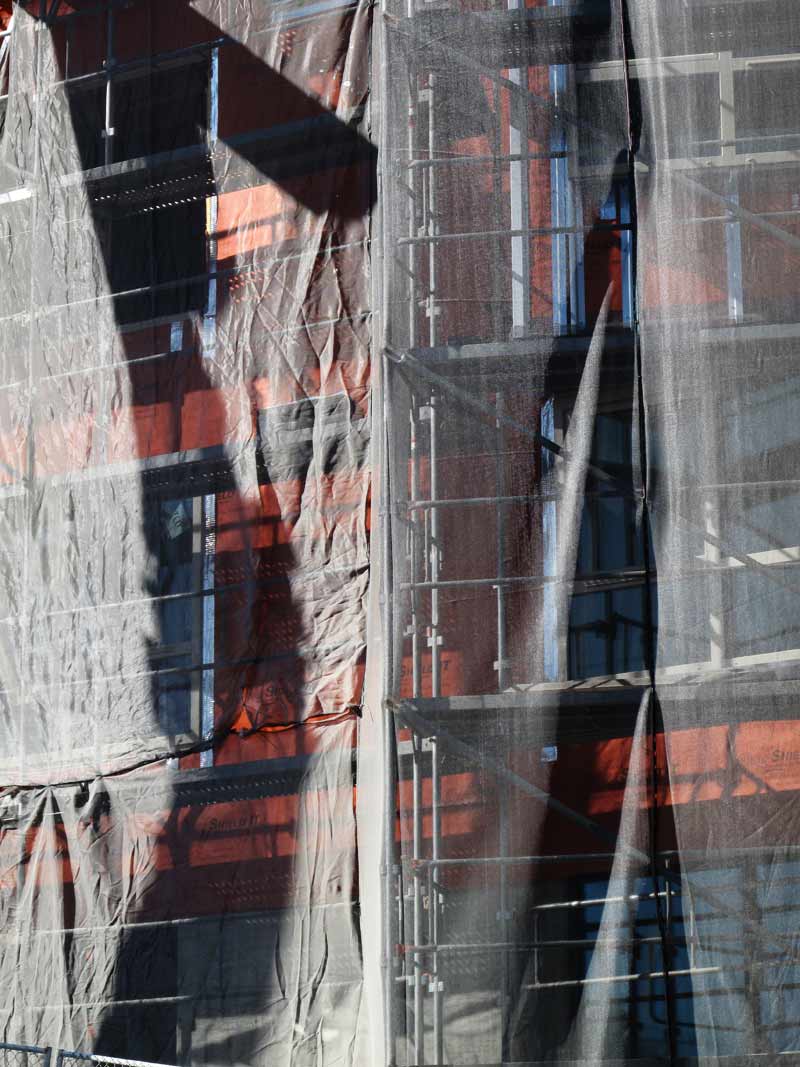 Extreme change is a place and a story of its own. As society futurizes at a breathtaking pace I look alternately backwards and forwards, each glance more wrenching and extreme. I want to push pause. And I want to know if anybody else is in this with me. The Rolling Stone article makes me look through a new lens at trends in all kinds of art — visual, written, performance. In particular I wonder about spoken word. As I drive through the city my soundtrack is the radio. It seems to me I hear the art of storytelling evolving in very particular and exciting ways. Listen sometime to the dazzling and surprising Snap Judgement, Story Corps, and of course, the grand daddy, This American Life. In keeping with Taibbi’s point, these programs reach for a sense of the particular and the personal, the epiphanies of place and the equally poignant negotiations with its absence.  These storytellers are not packaging a by-gone era to sell it back to us as mood perfume or decoration. This is for real.

One day as I started photographing a site on Greenwood a man in a hardhat approached with an air of authority and asked for my papers. After some discussion I acquired permission to stand on the sidewalk and watch the ruins of one of Seattle’s last bowling lanes re-emerge as an apartment complex. We got to talking. The man had just come from working in Wyoming, in the fracking boom. He shook his head. “It’s a catastrophe in the making. We’re polluting the water, ruining the land and I couldn’t be part of it, I had to quit.” His passion and conviction surprised me. I gladly abandoned whatever preconceptions I might have about men at work.

I have been focused on the abstract beauty of construction and deconstruction, and the human stories had not really entered my mind. Perhaps I’ve been playing Brahms on the battlefield, and  seeing only the slanting light, without considering the soldiers. I’ll leave you with another view. Call it a figure study, in orange. 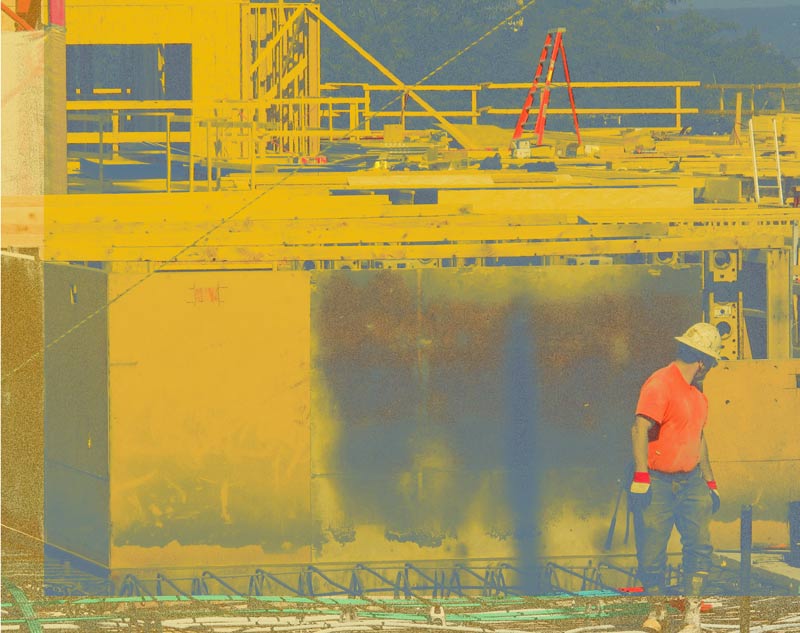 All photos and text © Iskra Johnson