You are here: Home / The Gardener's Almanac of Irreproducible Phenomena / The Gardener Takes a Walk Under the Full Moon | A Valentine 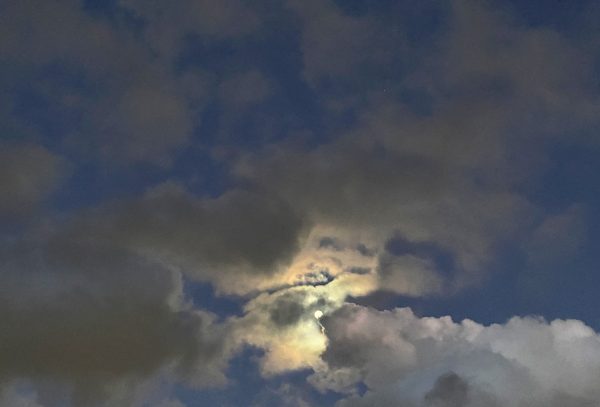 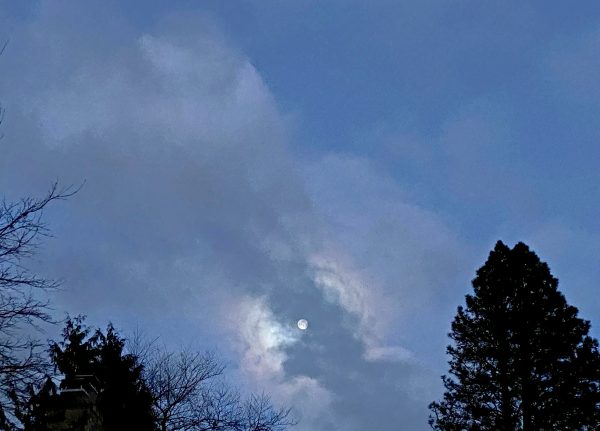 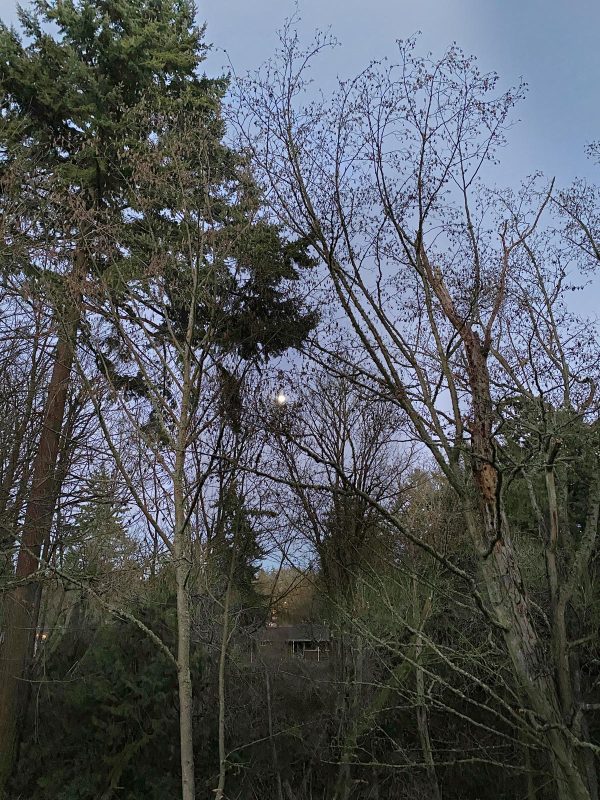 Knowing that last month’s Janus-faced equivocations had slipped into history and that now was unequivocally coming; seeing the tulip break from its monotonous green gloves and say (this very day,) Red, the Gardener knew the situation was urgent.

She had been talking to the Saint for weeks about his broken arm, and the generally disreputable state of his public facing presentation. The world had been hurting, the sewers and lakes were full of polyblend blue, not the blue of reflected sky, but of surgical masks and their elastics. The poor ducks could hardly swim or turn their necks. It’s worse, she thought, watching the mallard attempting to swim, than the plastics that encircle beers, because it is so well-meaning.

She was furious, if truth be told. In this so-many-tinted shades of blue state of things, how could his arm simply fall, now, when the earth needed his love, unconditionally, that forever-love that offers hand-addressed envelopes to the grumpy, the jilted, the grudge-holding and the hopeful alike? He had stood for centuries in the back forty, the accretions of moss never affecting his sturdy right hand or the formation of letters. All those years, letter after letter he had written in ink of walnut, filbert, beetle husk ground to a fine wine saying love is. Carry on, regardless. You do not even have to believe—but the melted wax kiss of his insignia assured all who received his note, dropped by sparrow or pigeon into an apron, or clipped to the clothesline between pinafore and overall that love is real, and unconditional: weep not.

His arm lay on the ground, and it was not her area of expertise, grafting stone to stone, and so she simply looked at him with reproach. This did not change anything.

That night, because stone is real, because concrete had replaced stone and the concrete workers were on strike, because time never stops in spite of it, inexorably the calendar turned. It was February 14th. The letters had not been sent. In the red cedar the Towhee let out a cry the Gardener had never heard. It was almost the sound of a cat, so desperate, so broken and without pride. And then, as she walked she heard it again and again, tree, to tree. The dark silhouetted birds, hard to find in the branch, saying: “find me, see me, even though it is dark and I haven’t called you in two years and I’ve been depressed.” She stopped for a minute to catch her breath, and the emotion trapped in the inky branches of the cedar, the elm, and her answering ribs, that armature designed to protect the heart so it can beat, nearly caused her to faint.

She looked up then, at the clouds chasing the moon, or visa versa. Who knows who is boss up there? 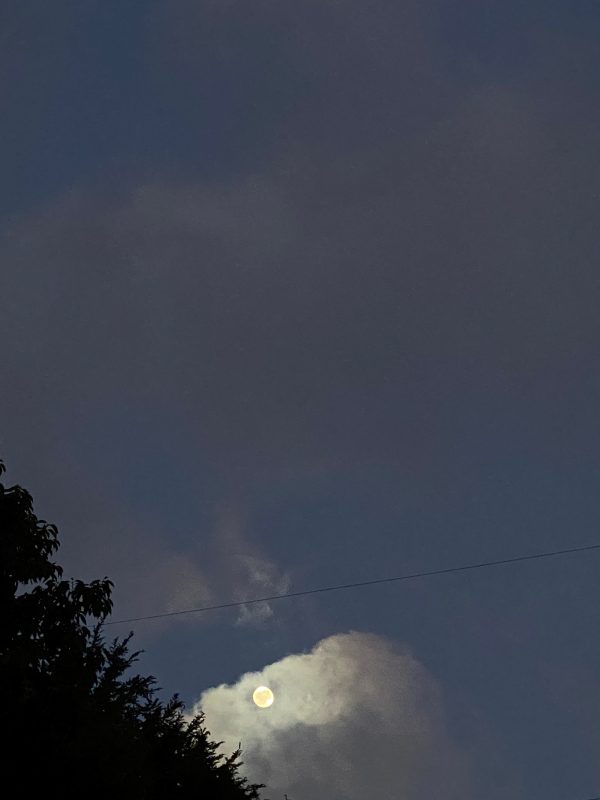 Below the cloud the window of the people who had moved in and never spoke burned an unearthly color and a man with headphones faced a screen, while behind him an orchid stood white and slightly leaning on sticks. Behind the orchid, a gold-painted buddha and a tangerine. The color of the overhead light, the color of the moon, the orchid reaching and pulling against the light, so wrong, one of them.

The Gardener had been pruning all week and against her pocket the shears burned. Cut at the place where nothing seems possible, but the branch offers a slight diversion. Believe in time itself and the weeks ahead, when stick becomes something else: petal.

She offered the orchid to the moon. She said, take this, and put it behind your ear.

See if the cloud can catch you then, and if you dare, surrender. 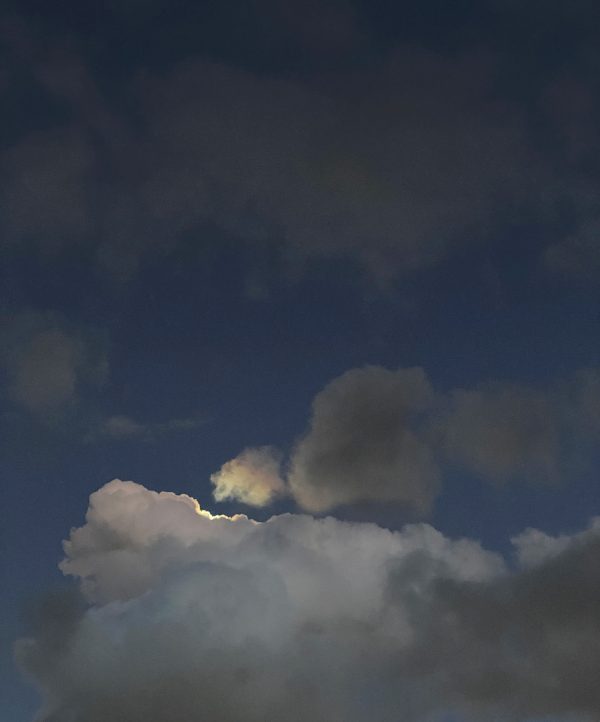