You are here: Home / Archives for yakima food scene

An entire season has passed since I last posted here. It has been a long sun-filled summer filled with concentrated studio time and a pivotal week spent in Eastern Washington in the long awaited Tieton Residency. A dear friend moved to Tieton in Eastern Washington two years ago, with the intention of creating a residency in her farmhouse for visiting artists and writers. The pandemic intervened and the residency did not happen for two years – until this August! I had the farmhouse, the upstairs studio, and the landscape to myself during the day, with hours to wander, photograph and draw. It was an unforgettable time of slow communion with my pencil and camera, with evenings spent in good company getting to know the Yakima Valley in new ways with my hosts. 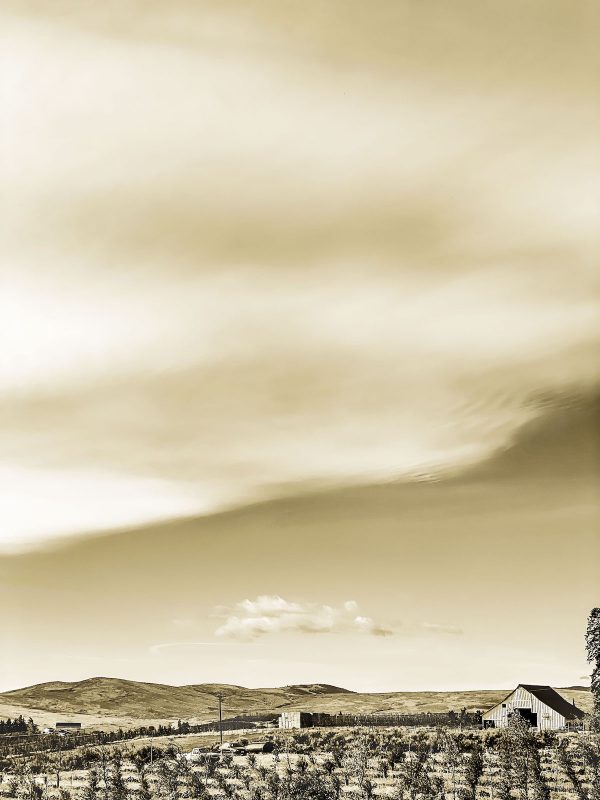 The farmhouse is situated on a road with a front row seat to sunrises and sunsets over the orchard valley. The muse of the property is The White Barn, which I have taken roughly a hundred photographs of (and which is available as part of an ongoing portfolio of Western Photography.) The architecture on the immediate property was my primary focus during the residency, with road trips to document alternate forms of my favorite structure, The Shed, in its native habitat. During this time I used drawing to sharpen my concentration, and apps like SnapSeed to experiment with new ways of combining digital and drawn imagery, which became final works in the studio once I got home.